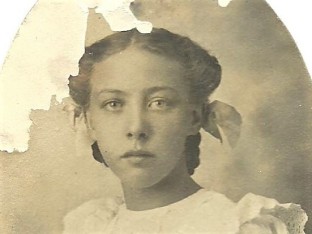 On December 18th, 2016, God and I posted our first godblog. We’ve written 170-some of these parabolic missives, and here we are, 2020–still speaking to each other, which is noteworthy for such a mismatched pair. Me, human, fallible, aging less than gracefully, root-bound, forgetful, trying hard, falling short. God, falling long. God neither human nor fallible, forgetting nothing, forgiving everything. God, erudite, defenseless, foolish. Me, wrapped in paper-thin pride with touches of temporary blue in my hair. God, humble, wearing the entire iridescent sky.

I laugh. A chance to show off. “Well, I meant to say parable-like, but then the word parabolic got in my head. A parabola is a sort of U-shape line that’s mirror-symmetrical. It’s the path a projectile takes when it attempts to escape but instead, is subject to gravity and falls back. It’s not a circle. It’s more like a shape made in protest.”

God looks at me like “Duh” and I get defensive. “Fine. Sometimes, you just sit there and make me feel stupid.”

“True,” God says, with patient look. “I’m glad you’re so frank with me. But you could be nicer sometimes.”

We sit for a while, me mulling what it means to be nice to God, and God knitting an afghan. He’s been working on it off and on for a long time. It stretches for miles–up, down, east, west, north, south, and around. And it includes every color ever seen or imagined. I suspect it’s a gift for someone in another galaxy, but I haven’t inquired, and God hasn’t said a word. For some reason, that damn afghan frightens me.

“I understand that,” God says.

“It frightens everyone,” God says. He holds it up and blocks the sun. “It’s a shroud.”

“For someone—or something—very large,” I say, making my shaky voice as kind and approving as I can.

God smiles gently and opens the front of his jacket. Strands of yarn flow like brilliant rivers of color from the essence of his being. God is making his shroud out of himself. This realization upsets me to the point of nausea.

“Ah, sweetheart,” God says. “Don’t be sad. It is as it has been and will be. There’s no promise better than the rainbow, nothing more perfect than a circle.”

God shakes his shroud like a rug. The whiplash at the end dislodges the stars, and planets roll like bowling balls, and all the music there has ever been plays at once, and I drop and curl to prevent subatomic dissipation.

“Hold that pose,” God says. He shapes himself around me and begins to snap selfies; me and God, entwined like twins, the shroud a roiling ocean behind us. A sudden wind lifts the shroud. God grabs hold, and they rise like a kite. It’s a very strong wind.

I hold myself tight with the earth, grateful for gravity. Coiled inward like that, I can see what appears to be the beginning and the end, but for the life of me, I can’t tell them apart.