We’d survived another Thanksgiving, welcomed by others who were excellent cooks and hosts, and to be honest, I felt smug about it. No skeletal remains to deal with, literally or figuratively. We’d manage to locate ourselves firmly between generations, contributing only rolls (purchased) and our willingness to engage in small talk or do dishes. I made no attempt to locate God in the national news or football games. I engaged in no fleeting glances into the shadowy corners where God often lurks. The hatches were temporarily battened down. Placid.

This state never lasts. God shook me awake this morning, insistent. Large. I crawled out of the dream to the edge of the bed, and fell into a seething sea of meaninglessness. I flailed and hyperventilated. The lifeline God threw me was a twisted old tow line named tradition. It cut into my hands, but I had to hang on. These were deadly black waters. Not a good way to die. Or was it? As I debated this, the waters receded, along with a whole school of gleaming little Gods, small piranha that had nibbled away the dead flesh around my cuticles. In some exotic countries, you can purchase this sort of visitation.

Big God was digging in my suitcase, looking through Goodwill purchases. Mostly colorful scarves. I have a weakness for colorful scarves. She wrapped herself in a turquoise beach scarf, tied Irish green silk around her neck, and topped things off with hunter orange on her head.

“Why do you do this sort of thing?” I asked. “Isn’t this beneath you?”

“Nothing is beneath me,” she said, filling the room. “Nothing. You’ve mistaken me for a little God.”

“Oh, and how would you know that?” I asked. My voice was not warm.

I threw a snow boot at her. She ducked. Laughed. Faded. I kicked at the suitcase and considered braiding the scarves into one long rope so next time, next time, I could save myself. This struck me as the funniest thing ever, and the day began again. 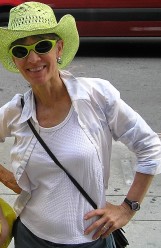 I don’t know if there’s a God.

I’ve witnessed or been the center of miracles. Full-on, Shazam miracles.

I listen to the news and scream inside.

(There are millions screaming, weeping, withdrawing, and dying)

(You can decide what this means)

I’m a believer of all things because I choose to be.

(This is one of those miracles mentioned earlier)

Love is a word most of us misuse. It might take many lifetimes to grasp this Word.

(And that is enough for now.)

There’s a guy who’s owed me $50.00 for over a year. The original debt was much larger, but with steady reminders, he grudgingly paid it down until it hit the fifty-dollar mark, and I’m pretty sure that’s where it’ll stay. I won’t remind him anymore. I’ve run out of kind words to pair with little nudges, and I’m tired of this struggle.

For a while, it was about the money, but now that it’s dwindled to $50.00, he’s making a statement of entitlement and resentment, and if I hang on, I’ll have to continue using shame to wedge myself into his conscience–a small space that makes me claustrophobic. Not worth it. I will passively forgive this debt, but I feel a little sorry for myself. Indignant.

In graduate school, a whiny woman I didn’t like borrowed two stamps from me. She never paid me back. It is astounding that I remember this, since I cannot recall what I read a half-hour ago, nor what I need at the grocery store, nor whether I’ve taken my vitamins yet.

Forgiving is a complex endeavor. There’s a highly-activated receptacle in our brains for perceived injustice, debt, and harm, and a longing for justice if not revenge. I’m not entirely sure how to forgive sometimes. Since God ‘s a specialist, I decide to check in.

I squeeze my eyes shut in serious prayer. Suddenly, I’m in a graduate-level course on forgiveness.  I raise my hand from the back of the classroom, but the instructor has stepped out. I take my hand back down, glancing at my classmates. Whoa. I should have looked around earlier. There’s a guy with a bloody machete, a haggard woman lying face down on the floor, with four children underneath her. Two are dead, one with an arm shot off. I see the woman is actually dead too. There’s a man holding a picture of his wife. Three people are on fire. Five soldiers stand in the back, two have amputations. One has no eyes. They all have a vacant look, slumped shoulders, automatic weapons at their feet.

I manage to stifle a scream and slip out of the room, hoping to find a back door. Instead, I find God. She’s created a makeshift kitchen in the hallway and she’s cooking soup. Baking bread. Singing. She tosses me an apron. The man who owes me $50.00 is handing out apples. The woman who took my stamps is standing, confused and inadequate, near the end of a table filled with desserts.

I’m not thrilled with this idea, but I see few options. I muster up a small smile, pick up a mint brownie, and hand it to this pathetic woman. Her face transforms. Of course, it’s God. I should have known. She wolfs down the brownie, grabs my hands, and we swing dance while she yodels.

“Now, about those stamps,” she says, finally slowing down.

Yeah. About those stamps.

God likes a big campfire when he’s out hunting in the fall, cavorting with the creative forces in the universe. “Smoke follows beauty,” he jokes, working his way to the upwind side. Back when I was innocent, I liked campfires too. Now I know too much. I want to impress upon God the need to minimize polluting recreational activities such as jet skis, snowmobiles, travel on airplanes, NASCAR, and fire, but it seems unlikely he’ll listen. I guess when you’re God, you can clean up after yourself with wind and rain, more assured of balance in the long haul than the average human.

And I’m not the average human anyway. I’m an angry worrywart. I hate the idea of the massive environmental “corrections” future generations will face, and the scarred up, battered little earth they’ll call home. I feel chronically guilty and uncertain. God has a slightly larger perspective. In fact, after toasting his third marshmallow, he asks a few of his extended selves to double-check the pressure on the subatomic particles to make sure no more big bangs occur until he’s ready.

Then he winks at me. “Guilt is a conversation, not a resting place.”

The wood he throws on the fire is from Belize—little pieces of hardwood he salvaged from decades of devastating logging practices. His cavalier attitude has me hopping mad. I grab his arm to stop him, but I’m off balance. I fall into the flames. He watches for a minute, then joins me. We disintegrate in the brilliant light, but it doesn’t hurt. God is the wood. God is the fire. God is the oxygen, depleted and rare. We burn to the ground. We burn into heaven. We’re ash, floating in the frigid air.

God ignores my pleas but his cosmic children come up from the ground, down from the clouds to repair my body. Living water flows in their veins. I drink. In silence, God offers me venison from his recent kill. It’s been seared perfectly black over his blazing holiness. With reluctant reverence, I eat.

I plead for a different outcome. I remind him of the beauty in a single ladybug, and his regrets after the flood. He wavers. For a nanosecond, I see down into the sweet center where guilt is nothing and trying is everything. This is what I love about God. He wavers, and we have a chance to see.