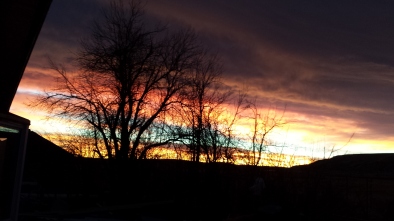 Being diagnosed with a rare, aggressive form of cancer is one way the universe grabs your attention. Awareness of mortality infiltrates your senses, your psyche, your relationships and even your definition of who you are. Each moment is both precious and bitter. The morning light is magical and tragic, and the days take on the misery and wonder of what it means to be human, frightened, grateful, ordinary, strong, and utterly helpless.

So far, I’m one of the lucky ones. I’ve crawled out the other side, alive, but certainly not unscathed. The treatments are over, the cancer seems to have exited for now, and all I have to endure is the aftermath: Occasional bodily invasions, chemo-induced neuropathy, chemo-accelerated arthritis and osteoporosis, an aversion to marijuana, slightly barbequed body parts, questionable lymph-node functioning, and these whacked-out, ramped-up visitations from God.

Since my baptism at age 4, I’ve known God was up to something not quite captured in the scriptures, and I’ve given chase (or been pursued) many times. I’ve followed thin strands through thick vegetation, studied, prayed, fasted, stomped my feet, and held myself absolutely still. I’ve seen God’s tail as He skitters away, heard the cry of the Mother Eagle, swam in the turbulent Living Waters, endured Holy Thirst, and been yanked back from untimely deaths by what seemed to be the Hand of God. Early on, and repeatedly, I’ve opened the Christmas gift of Salvation, and worn it with loyal ambivalence—a coat of many colors shimmering with universal grace.

Today, God and I are taking things up a notch. We’re becoming bloggers. I’ve never had such a quirky, demanding co-author, but as you read the posts, I’m sure you’ll glimpse the futility of saying no to the Creator. This is one thing you can bank on: While God endures freewill, God is also the very definition of persistent. God doesn’t give up, and blithely believes we’ll eventually get it. God has more time than we do, hence my capitulation. I’m mortal. God is not.

My heart is pounding at a rate that reveals how scary it is to go public like this. I’m nourished by my first breakfast–homemade bread and a half-bottle of dark beer. I’m fortified by sun, wind, fire, snow, and the caw of a crow outside my window. What more could I ask?

Mostly, my posts will be reports of visitations, but if God doesn’t stop by, I’ll post meditations or whatever else seeps into my soul as I listen, pray, type, and edit.

An arbitrarily designated new year is about to arrive. May courage increase and wisdom deepen, generosity expand and fears contract. May each day include awe, joy, gratitude, and mystery. And here’s my advice: Welcome the stranger, the broken, the orphan, the immigrant, the haughty and the lowly—these are among God’s favorite disguises. It’s wise to be nice.

28 thoughts on “By Way of Explanation”